Inspiring Days Out for Year 10 Business and Computer Science Students

We are so excited that school trips have been taking place this term, giving our students enrichment opportunities that take them outside of the classroom and bring their learning to life. On Thursday 23rd September year 10 business studies students relished the opportunity to attend the Better Business Show. They heard from inspiring business owners and also had the opportunity to connect with local businesses. The event helped to put their classroom teaching into the real world context, giving them a greater understanding and knowledge of their subject. 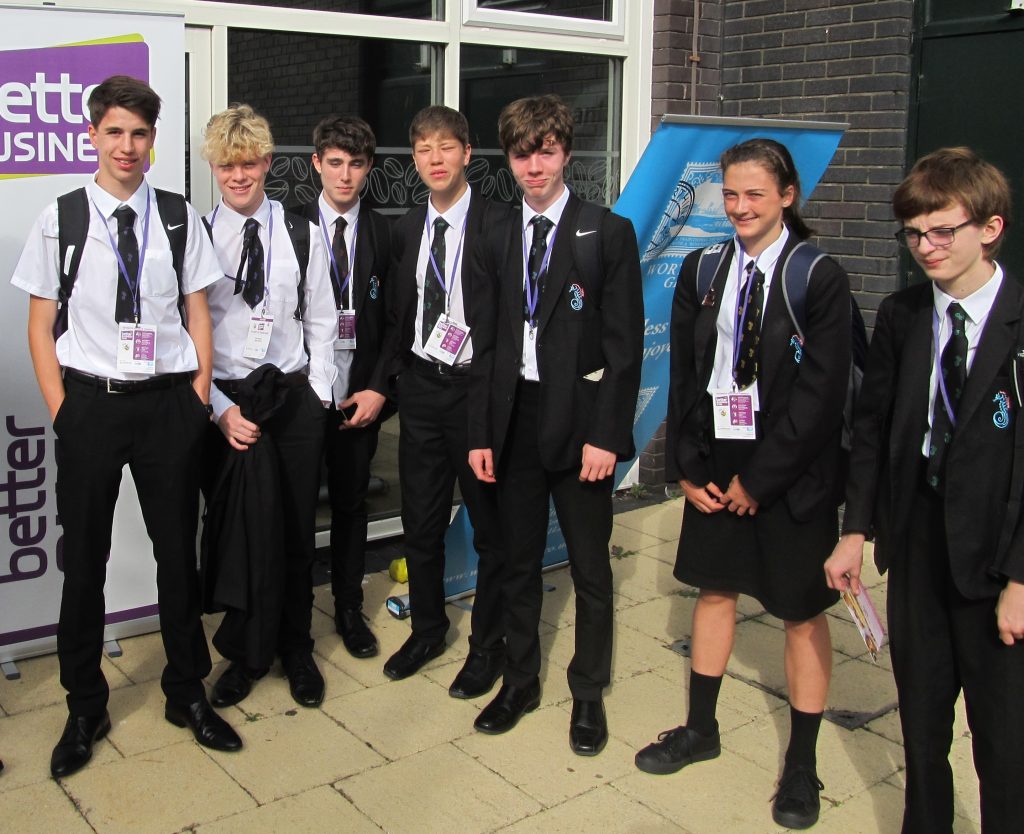 This week, 50 year 10 computer science students had an early start as they headed to Bletchley Park, home of the codebreakers. The long coach trip was well worth it as the students had an inspirational day. When they arrived they had a fascinating guided tour around the park where the students learned the history of Bletchley Park, hearing about why it existed, the top-secret missions that were undertaken, the intelligence gathered over the years and the important people who worked there.

They were then able to explore inside some of the huts and the blocks that remain on the site giving them an insight into how life would have been for the codebreakers, working intensely on intelligence gathering and code breaking for 12 hours straight day after day. They also learnt that many of the thousands of codebreakers had been women.

Students attended a special  GCSE workshop where they learnt about the Lorenz machine, a lesser known machine to the Enigma machine, yet far more complicated. They learnt how the machines built at Bletchley were designed to decrypt enemy messages, meaning these machines, and Bletchley, had a huge impact on winning the war. During the workshop  students also got to see an Enigma machine and watched a demonstration of how it worked.

It’s fantastic to be able to enrich our students' learning by taking them to places such as Bletchley Park and the Better Business Show. Giving students the opportunity to see how the learning they are doing in the classroom impacts the real world is of great benefit. These experiences both embed their knowledge  and provide inspiration as to what careers studying specific subjects can lead to. Both trips were thoroughly enjoyable and we look forward to more exciting enrichment opportunities in the future.